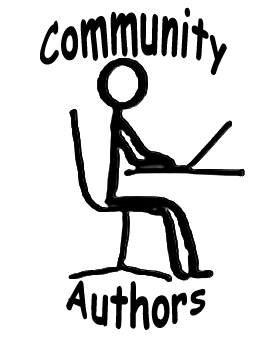 Hello, I’m Christopher Hawke and I’ve dedicated my life to helping people excel with their writing. If you’re an author, an aspiring author, a writer of any kind, I have just the thing to help you hone your craft: a month-long video series that requires no more than 10 minutes a day and is guaranteed to change your writing life.

So, writing, we start with an idea. Maybe it’s even a great one. We write for a while. Usually we’re good for getting about 1/3 of the way finished with our story and then, somehow, we run out of steam. We don’t understand it. We start again. Some of us have been starting again for years—we’ve got all these starts and no (or very few) finishes…

What’s wrong is: we have an idea but not a story.

What we’re going to learn now is how to build our story one scene, or block, at a time.

Take a sheet of paper and draw on it something resembling this chart. We’ll fill it in in a minute.

Let’s think back for a moment to your favorite movies, shows, and books.

What do you remember about them?

Why are they your favorites?

Chances are they have a few things in common. Regardless of location, I’m guessing your favorite stories have memorable characters in them.

But why? What makes them memorable?

Characters become larger-than-life (and memorable) when they accomplish things that are beyond what you or I would. They adhere to a set of ideals and morals that drive their actions. They do the right thing…at least in the end. That’s what makes them hero-worthy.

Keep in mind these are not absolutes rules. There are exceptions. But, having your character adhere to a higher standard of living will help them rise to herodom. And having a hero will help you (often times) fashion the best story possible.

There are those stories where you’re left wondering, now who was the hero again?

And sometimes they even work.

Breaking Bad comes to mind. By season 3 I was thinking to myself, who am I rooting for again? The Meth addict? The guy making the drugs? Or the cheating spouse?

Still, I, along with so many others watched on—perhaps hoping one of the characters would rise up and become the hero.

Anyway, the take away here is that a reader will most reliably bond with a character who they want to see succeed at something, something noble, their higher purpose.

You could always write a book about a guy who likes to kick puppies, but I think you’re swimming upstream when it comes to getting people to see him as a hero.

Now, in the character column, let’s write your character’s name and give them some attributes.

In other words, where do they come from? What’s their story? We call this backstory, it means who the character is because of what’s happened to them up until the point where the first scene starts.

So, a story starts with a character and then a location.

Where is your character? A busy train station? The middle of a desert? A Taco Bell? Is it morning? Noon? Night?

We’re going to get more in depth with scene description later. For now, the important thing is to simply have a place picked out—a place and time for your character to exist in.

But, what does that really mean?

For now, what it means is I want you to take the time to immerse yourself in this setting as though you are your character, so you can relay the location to the reader later. Take into account sounds, smells, tactile feelings, tastes, and sights.

Think of your scene in terms of the vantage point of a camera, a wide shot first, and then a closer medium shot and a close up.

Remember the television show Cheers, the way they showed the outside of the bar and then shots of the different characters inside after that?

Keep this in mind when you first think about your location and craft your scene. Jot it down now, if you think it would be helpful, along with any other initial sensory details you’d like to add.

Now we have an idea of who our character is and a decent idea of where they are.

In many ways, it’s as if we’ve carved Pinocchio. We have something here, but it’s not yet living. If you remember the story of Pinocchio, you’ll recall there’s a blue fairy that says he can become a real boy if he proves himself to be “brave, truthful, and unselfish.”

There are uncanny similarities between this and what our characters will have to do to become alive in your reader’s minds.

Imagine a guy who lives in a meager New York apartment. He leaves his building each morning and walks the two blocks to his TV repair job where he sits at a workbench most of the day, testing sets.

What’s so special about this guy?

Now let’s take that same guy. He’s on his way to work one morning and hears a squeaking sound coming from a drainage grate. He can’t be bothered. He’s late. And walks on until nearly to work.

But there’s something about the sound he just can’t let go of. It was nearly a whimper. He doubles back and discovers a bedraggled kitten. He reaches in and scoops up the cold and trembling cat and wraps her in his coat.

Now, as he labors through the day, the kitten plays beside him on a rug.

So, who cares about this guy now?

You’ve got to care more than you did, right?

Do you care enough about him that when he’s thrown into the back of a white van on his way home from work later, leaving the kitten by itself on the side of the road, you’ll wonder what will happen to him?

We’d care about what happened to them both, wouldn’t we?

Obviously, you don’t need to hit the reader over the head with a kitten or puppy as a device to rally empathy, but it’s important that you understand the concept.

Offer Available for a Limited Time Only
We use cookies on our website to give you the most relevant experience by remembering your preferences. By clicking “Accept”, you consent to the use of cookies.
Cookie settingsACCEPT
Manage consent

This website uses cookies to improve your experience while you navigate through the website. Out of these, the cookies that are categorized as necessary are stored on your browser as they are essential for the working of basic functionalities of the website. We also use third-party cookies that help us analyze and understand how you use this website. These cookies will be stored in your browser only with your consent. You also have the option to opt-out of these cookies. But opting out of some of these cookies may affect your browsing experience.
Necessary Always Enabled

Any cookies that may not be particularly necessary for the website to function and is used specifically to collect user personal data via analytics, ads, other embedded contents are termed as non-necessary cookies. It is mandatory to procure user consent prior to running these cookies on your website.